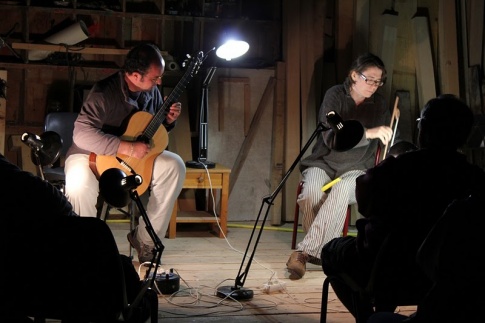 The musical saw is a wondrous instrument. Gesina can elicit weird sounds and dramatic effects from it. She plays on regular saws from her studio and also on saws which have been produced solely for the purpose of making music.
The technique employed is as follows: with the left hand one makes an S curve in the saw. The bow seeks the point where the curve changes from bending inwards to bending outwards. The tone produced is determined by the breadth of the saw at the point of contact. To elicit a higher tone the bow needs to be placed near the top end of the saw while suitably adjusting the curve, i.e. a large curve with a small one in the opposite direction towards the end. The vibrato is produced by wobbling the knees.
The bowing technique is extremely light, as can be seen in the picture. And no, it's not detrimental for the bow or the hair, unless one clamps the saw between one's legs in the wrong direction! 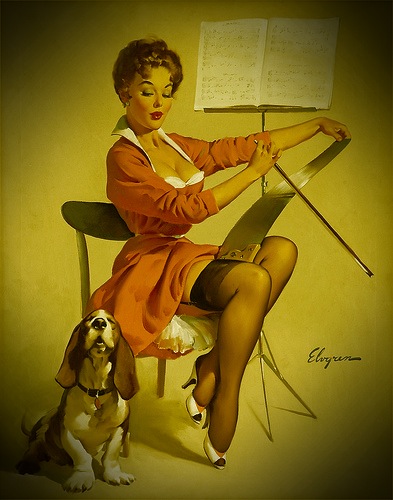 Sanne wrote a sad song and we recorded it with some more children, Gesina plays the musical saw:
Back to top ^