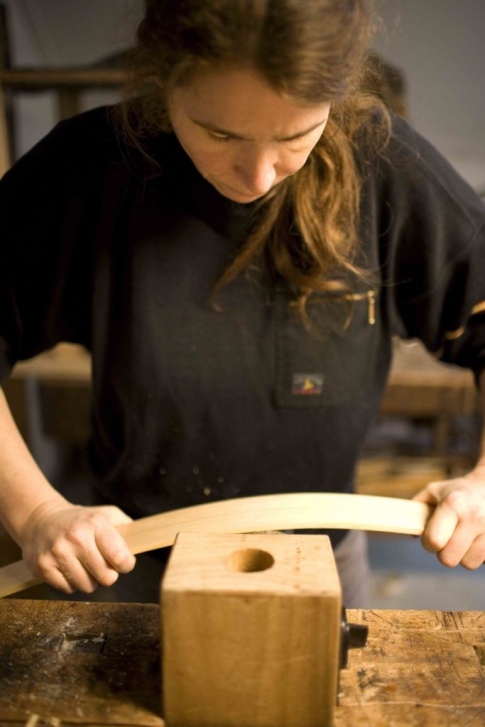 Gesina Liedmeier began her career as luthier with the makers Carlos Gonzalez in Paris, Pierre Thouvenot near Lyon and Roger Rose in West Dean College, England. She refined her knowledge and her ability with Pierre Jaquier in Cucuron in the South of France.

Complementing her training as a maker and restorer, she studied viol with Freek Borstlap at the conservatory in Zwolle, with Marianne Müller in Paris and Lyon and with Wieland Kuijken in The Hague.
She is a member of the ensemble The Spirit of Gambo.

On the concert platform she is continually aware of the importance of having an instrument which responds to the player and which allows the player every freedom.

Gesina Liedmeier was engaged in a research project in which she was investigating the various traditions of instrument making in relation to different styles of music and the consequences this has for the sound and the making of each type of viol. This research has taken her to the mayor collections of Europe. She has been invited to write a catalogue of the collection of viols in the Municipal Museum of The Hague (Haags Gemeentemuseum). She does conservation- and restauration work for this museum. With Dr. M. Latcham she published about two superb viols labelled Roos in the gemeentemuseum of The Hague the following article Galpin Society Journal 62, april 2009.

The instruments made by Gesina Liedmeier, which have found their way to musicians in The Netherlands, Portugal, England, France, Spain, Canada and the the USA are a delight to the ear and the eye. They are particulary noted for their fine wood carving.


On the whole, her viols have a mild, warm sound; she seeks depth, a sound that's full and broad instead of high and strong. 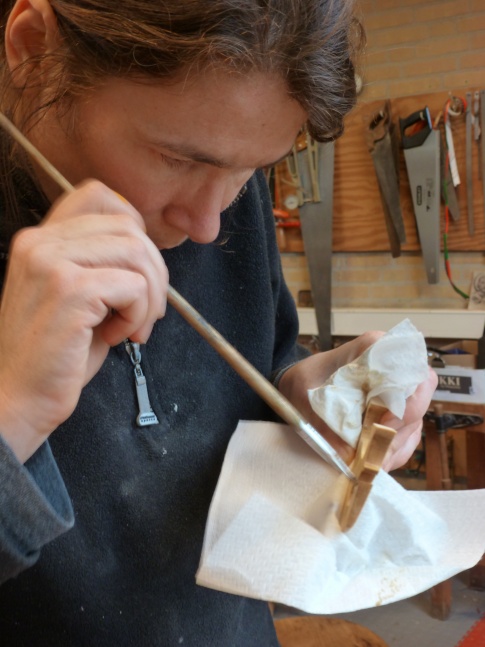